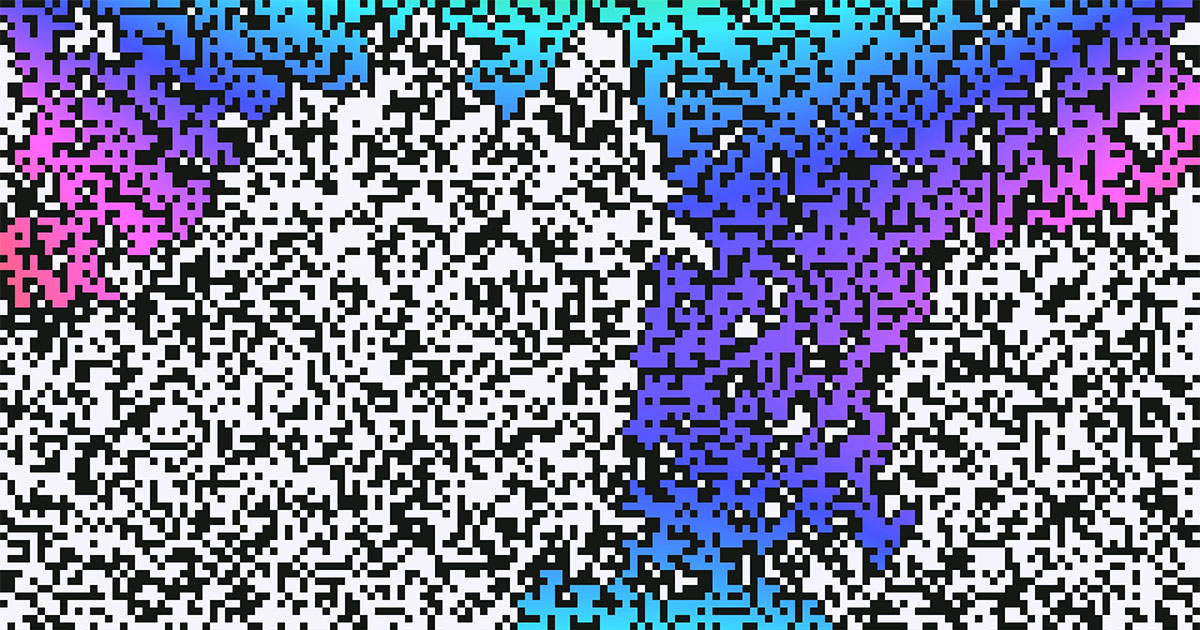 A group of mathematicians has shown that at critical moments, a symmetry called rotational invariance is a universal property across many physical systems.

A group of mathematicians has shown that at critical moments, a symmetry called rotational invariance is a universal property across many physical systems.

A model of percolation through a porous medium that relates to important recent work
on the symmetries of phase transitions.
Vignette for Quanta Magazine
Allison Whitten
July 8, 2021


For more than 50 years, mathematicians have been searching for a rigorous way to prove that an unusually strong symmetry is universal across physical systems at the mysterious juncture where they’re changing from one state into another. The powerful symmetry, known as conformal invariance, is actually a package of three separate symmetries that are all wrapped up within it.
Now, in a proof posted in December, a team of five mathematicians has come closer than ever before to proving that conformal invariance is a necessary feature of these physical systems as they transition between phases. The work establishes that rotational invariance — one of the three symmetries contained within conformal invariance — is present at the boundary between states in a wide range of physical systems.
“It’s a major contribution. This was open for a long time,” said Gady Kozma of the Weizmann Institute of Science in Israel.
Rotational invariance is a symmetry exhibited by the circle: Rotate it any number of degrees and it looks the same. In the context of physical systems on the brink of phase changes, it means many properties of the system behave the same regardless of how a model of the system is rotated.
Earlier results had established that rotational invariance holds for two specific models, but their methods were not flexible enough to be used for other models. The new proof breaks from this history and marks the first time that rotational invariance has been proved to be a universal phenomenon across a broad class of models.
“This universality result is even more intriguing” because it means that the same patterns emerge regardless of the differences between models of physical systems, said Hugo Duminil-Copin of the Institute of Advanced Scientific Studies (IHES) and the University of Geneva.
Duminil-Copin is a co-author of the work along with Karol Kajetan Kozlowski of the École Normale Supérieure in Lyon, Dmitry Krachun of the University of Geneva, Ioan Manolescu of the University of Fribourg and Mendes Oulamara of IHES and Paris-Saclay University.
The new work also raises hopes that mathematicians might be closing in on an even more ambitious result: proving that these physical models are conformally invariant. Over the last several decades mathematicians have proved that conformal invariance holds for a few particular models, but they’ve been unable to prove that it holds for all of them, as they suspect it does. This new proof lays the foundation for sweeping results along those lines.
“It’s already a very big breakthrough,” said Stanislav Smirnov of the University of Geneva. “[Conformal invariance] now looks within reach.”
Magic Moments
Transitions between one state and another are some of the most mesmerizing events in the natural world. Some are abrupt, like the transformation of water when it heats into vapor or cools into ice. Others, like the phase transitions studied in the new work, evolve gradually, with a murky boundary between two states. It’s here, at these critical points, that the system hangs in the balance and is neither quite what it was nor what it’s about to become.
Mathematicians try to bottle this magic in simplified models.
Take, for example, what happens as you heat iron. Above a certain temperature it loses its magnetic attraction. The change occurs as millions of sizzling atoms acting as miniature magnets flip and no longer align with the magnetic positions of their neighbors. Around 1,000 degrees Fahrenheit, heat wins out and a magnet reduces to a mere piece of metal.
[Conformal invariance] is what sometimes I call ‘the symmetry to rule them all.’
Hugo Duminil-Copin, Institute of Advanced Scientific Studies and the University of Geneva
Mathematicians study this process with the Ising model. It imagines a block of iron as a two-dimensional square lattice, much like the grid on a piece of graph paper. The model situates the iron atoms at the intersections of the lattice lines and represents them as arrows pointing up or down.
The Ising model came into widespread use in the 1950s as a tool to represent physical systems near critical points. These included metals losing magnetism and also the gas-liquid transition in air and the switch between order and disorder in alloys. These are all very different types of systems that behave in very different ways at the microscopic level.
Then, in 1970, the young physicist Alexander Polyakov predicted that despite their apparent differences, these systems all exhibit conformal invariance at their critical points. Decades of subsequent analysis convinced physicists that Polyakov was right. But mathematicians have been left with the difficult job of rigorously proving that it’s true.
The Symmetry of Symmetries
Conformal invariance consists of three types of symmetries rolled into one more extensive symmetry. You can shift objects that exhibit it (translational symmetry), rotate them by any number of degrees (rotational symmetry or invariance), or change their size (scale symmetry), all without changing any of their angles.
“[Conformal invariance] is what sometimes I call ‘the symmetry to rule them all’ because it’s an overall symmetry, which is stronger than the three others,” said Duminil-Copin.
Conformal invariance shows up in physical models in a more subtle way. In the Ising model, when magnetism is still intact and a phase transition hasn’t occurred yet, most arrows point up in one massive cluster. There are also some small clusters in which all arrows point down. But at the critical temperature, atoms can influence each other from greater distances than before. Suddenly, the alignment of atoms everywhere is unstable: Clusters of different sizes with arrows pointing either up or down appear all at once, and magnetism is about to be lost.

Samuel Velasco/Quanta Magazine
At this critical point, mathematicians look at the model from very far away and study correlations between arrows, which characterize the likelihood that any given pair points in the same direction. In this setting, conformal invariance means that you can translate, rotate and rescale the grid without distorting those correlations. That is, if two arrows have a 50% chance of pointing in the same direction, and then you apply those symmetries, the arrows that come to occupy the same positions in the lattice will also have a 50% chance of aligning.
The result is that if you compare your original lattice model with the new, transformed lattice, you won’t be able to tell which is which. Importantly, the same is not true of the Ising model before the phase transition. There, if you take the top corner of the lattice and blow it up to be the same size as the original (a scale transformation), you’ll also increase the typical size of the small islands of down arrows, making it obvious which lattice is the original.
The presence of conformal invariance has a direct physical meaning: It indicates that the global behavior of the system won’t change even if you tweak the microscopic details of the substance. It also hints at a certain mathematical elegance that sets in, for a brief interlude, just as the entire system is breaking its overarching form and becoming something else.
continued................

continued from - Mathematicians Prove Symmetry of Phase Transitions-II (Quanta) The First Proofs In 2001 Smirnov produced the first rigorous mathematical proof of conformal invariance in a physical model. It applied to a model of percolation, which is the process of liquid passing through a...
www.freemathhelp.com
Last edited: Jul 9, 2021
You must log in or register to reply here.
Share:
Facebook Twitter Reddit Pinterest Tumblr WhatsApp Email Share Link
Top