The double and half angle formulas can be used to find the values of unknown trig functions. For example, you might not know the sine of 15 degrees, but by using the half angle formula for sine, you can figure it out based on the commonly known value of sin(30) = 1/2.

They are also useful for certain integration problems where a double or half angle formula may make things much simpler to solve. 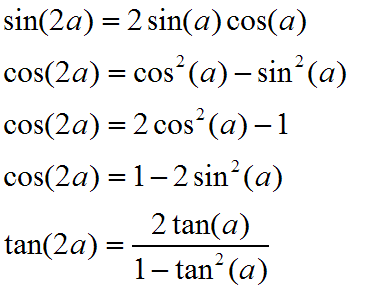 You'll notice that there are several listings for the double angle for cosine. That's because you can substitute for either of the squared terms using the basic trig identity \(\sin^2+\cos^2=1\). 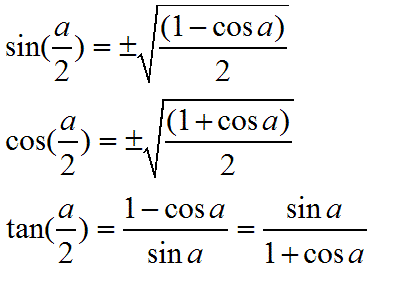